…with Distinguished Musicians and Analytical Experts

Produced with the Invaluable Collaboration of the Ralph Vaughan Williams Society

In his young years, he had begun collecting ancient folk tunes that were then still being sung by some of the local people in the county of Norfolk in Eastern England, and his discovery of their modal melodies and their direct associations with the countryside was his first main inspiration to start composing. They were to remain a major source for his musical language throughout his long career, but that was only one part of the complex story of his highly varied creative greatness.

Enlightening us about this in our Hampsong Foundation exploration of his vocal music as our commemoration of him at the 150th anniversary of his birth are distinguished musicians and expert analysts who have recorded interviews exclusively for this feature, and additionally there are several short extracts of interviews taken from the WFMT Radio Network feature “Ralph Vaughan Williams – Mystical Chameleon”, which Jon Tolansky produced and hosted in 2008, the 50th anniversary year of the composer’s death.

The feature has been produced with the invaluable collaboration of the Ralph Vaughan Williams Society (https://rvwsociety.com), which has also graciously provided the bulk of the recorded music illustrations taken from the catalogue of their award-winning label Albion Records (https://albionrecords.org/), and we thank them most greatly for this. We are also very grateful to Warner Classics (www.warnerclassics.com) for their continuing on-going partnership enabling us to include recorded extracts from their catalogue, and additionally we extend our gratitude and appreciation to Chandos Records (www.chandos.net) and Heritage Records (www.heritage-records.com) for agreeing the use of specific recordings from their catalogues for this feature.

All the details are identified in the information references to the recordings, further on below.

Thomas Hampson speaks about Vaughan Williams, as a musician, as a human, and as a composer of vocal music:

The Garden of Proserpine, an early work composed in 1899, is taken from A.C. Swinburne’s collection Poems and Ballads (1866), works notorious for their eroticism, republicanism and antitheism. For Vaughan Williams’ generation the book remained a watchword for modernity and rebellious free-thinking.

From the album: ALBION ALBCD 012

The Symphony No. 1 (A Sea Symphony) was written between 1903 and 1909 and was inspired by texts from Walt Whitman’s poetry collection Leaves of Grass.

While he was composing A Sea Symphony, Vaughan Williams also wrote Toward the Unknown Region, again setting Walt Whitman. He probably completed it in 1906.

From the album (Toward the Unknown Region): WARNER CLASSICS 5747822

In 1908, Vaughan Williams went to study with Maurice Ravel for a year.  He was profoundly influenced by his teacher, although mainly in matters of sonority, and not at all in any stylistic sense.  Ravel said that he was his only pupil whose music did not sound like a copy of his teacher’s.

That same year, Vaughan Williams wrote three Nocturnes for baritone and orchestra, all to texts by Walt Whitman.  The setting of “Whispers of Heavenly Death” is the only one in which the composer’s original orchestration survives.

From the album: ALBION ALBCD 028

In 1911, came incidental music for three plays by Euripides – The Bacchae, Electra and Iphigenia in Tauris.

From the album: ALBION ALBCD 033

In 1921, Vaughan Williams composed his Mass in G Minor for unaccompanied double choir and four soloists.  The text is from the Catholic Ordinary Mass.

The same year (1921) he completed his Symphony No. 3, which he called his Pastoral Symphony.  He never publicly explained why he gave it that title, but a lot later, in 1938, he did confide about it to his future wife, Ursula Woods, after it had received some negative comments about its “pastoral” elements.  ‘It’s really war-time music’, he wrote to her, ‘a great deal of it incubated when I used to go up night after night with the ambulance wagon at Ecoivres and we went up a steep hill and there was a wonderful Corot-like landscape in the sunset – it’s not really lambkins frisking as most people take for granted.’  The ambulance wagon was for taking the wounded and dead on the battlefields in France in World War One.  And thus the Vaughan Williams biographer Michael Kennedy has written: ‘the human voice intrudes upon the landscape, but it is an ethereal, transcendental voice.  Is it a girl singing over the killing fields…or something more mystical?’

It was probably in 1924 or 1925 that Vaughan Williams set “A Clear Midnight” and “Joy, Shipmate, Joy,” as two of a set of three Walt Whitman settings.

1926 was the year of Britain’s General Strike, and it was right in the middle of that momentous event that Vaughan Williams’ oratorio Sancta Civitas was premiered, the year after the composer had completed the score, which he had begun in 1923.  The texts are taken from the Bible’s Book of Revelation.

In 1932, Vaughan Williams completed his one act opera Riders to the Sea.  It is based on John Millington Synge’s one act play in which a woman who has already lost her husband, father-in-law and five of her six sons to the sea that surrounds the little Aran island of her home off the West coast of Ireland, now loses her sixth and last son – and she and her two daughters somehow come to terms with the forces of nature that are beyond their control.

Dona nobis pacem was composed in 1936, with an unusual and original choice of combining texts: they are taken from the Catholic Mass, three poems by Walt Whitman, a political speech by the radical British statesman John Bright, and the Bible.  The work has been seen as a plea for peace at a time when that was beginning to look less and less of a likelihood.

Two years later, in 1938, in great contrast Vaughan Williams composed his Serenade to Music for 16 vocal soloists and orchestra.  Setting an extract from Shakespeare’s The Merchant of Venice, it was written as a tribute to the conductor Sir Henry Wood on the 50th anniversary of his first concert.

Pilgrim’s Progress, based on John Bunyan’s allegory of the same name, premiered as an opera in 1951, and was an extended revision of the music Vaughan Williams had written in 1942 a BBC radio dramatization of Bunyan’s work.

It was in 1953 and 1954 that Vaughan Williams wrote his last major choral composition with orchestra: Hodie, a Christmas cantata setting a mixture of texts from the Bible and poets.

The folk song settings included in this project were made at various times in various locations between 1908 and 1946.

Below:
Excerpt of Vaughan Williams conducting Bach’s St. Matthew Passion in 1958, as well as interviews with Renée Stewart and Lewis Foreman.

Additionally, Albion Records have most generously provided an extract from the BBC talk that Vaughan Williams gave that was entitled “Bach – The Great Bourgeois” – it was aired on the 28th of July 1950.

Widening the understanding & appreciation of the music of Ralph Vaughan Williams

From MASS IN G MINOR:

From MUSIC FOR GREEK PLAYS:

From the album: ALBION ALBCD 033

From the album: ALBION ALBCD 028

From ON WENLOCK EDGE:

From RIDERS TO THE SEA:

From THE GARDEN OF PROSERPINE:

From the album: ALBION ALBCD 012

From TOWARD THE UNKNOWN REGION:

The speakers in this feature are:

A) Exclusively recorded for the Hampson Foundation:

The exclusive newly recorded interviews have necessarily been made via Zoom during the Covid pandemic, therefore the sound quality varies from good to not very good. In some of the interviews, the producer’s voice is also heard.

The topics each speaker discusses are identified in the audio files’ titles. They are as follows:

THOMAS HAMPSON:
This is a continuously running introductory overview, with special emphasis on the influence of Walt Whitman on Vaughan Williams.

Find at your Local Library Included in this album: Included in this album: "Bushes and Briars," "Down by the Riverside," "Farmyard Song" Included in this album: "As I Walked Out," "The Lost Lady Found" 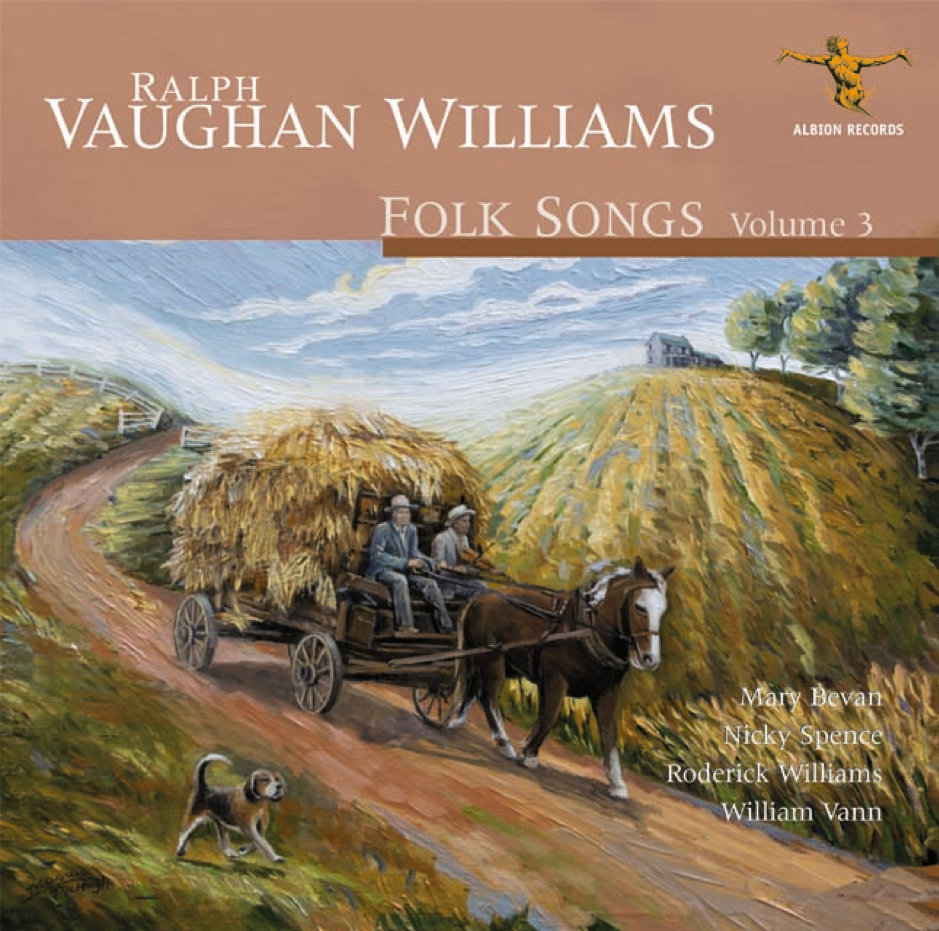 Included in this album: "Lord Akeman" Vaughan Williams: Beyond My Dream – Music for Greek Plays 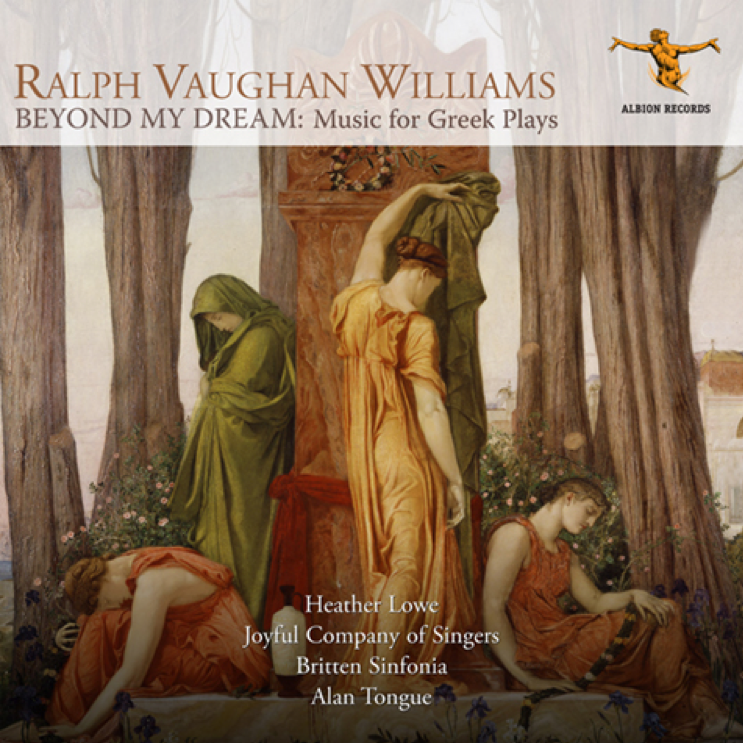 Find at your Local Library Buy via Amazon (CD) 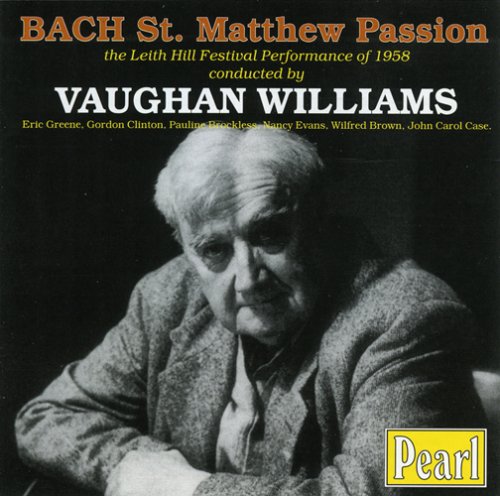 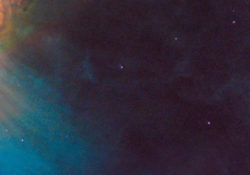 Song: Mirror of the World
Program 8
The Fin de Siècle 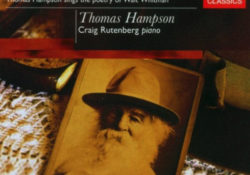