An Essay by Susan Youens

Courtesy of the Internationale Hugo-Wolf-Akademie

A prisoner unable to tell night from day once knew that it was May, the season of warm breezes and young lovers, when he heard a bird sing; now it is dead, and the prisoner hopes that God will wreak vengeance on the killer. We hear a cross between a lovers’ waltz and birdcalls in the piano as the singer tenderly remembers this bygone taste of sweetness.

Love that is both ardent and delicate resounds in Blumengruss, its repeated “bowing” figure an overt homage to Schubert’s setting of another Goethe poem, “Geheimes,” D. 719 (also a love song).

Over gently pulsating octaves that never move from their fixed point, a lover bids his beloved cover him with flowers on his death and lay him by the wall where they were wont to meet in Sterb’ ich, so hüllt in Blumen. This is consummate lyricism, its materials spare, its tenderness immense, with the right-hand part in the piano and the singer’s line responding to one another like the most intimate of lovers.

Wolf loved writing serenades because he could both create music presumably hailing from an external source—the serenade the lover plays—and make us hear it through the singer’s mind and heart. He wrote both lyrical and comic specimens, the latter including Ein Ständchen Euch zu bringen:  a lover has arrived at the sweetheart’s house with the expectation of a conventional serenade, unobserved by parental watchguards. The shock when he sees not the beloved but her father is apparent in the tritone leap in the bass and the sudden motion to a distant key. From then on, the hapless wooer addresses the father, but Wolf assures that we become allies of a lover as sweet, ardent, and merry as this one. A young woman hears her sweetheart serenading her in Mein Liebster singt am Haus and weeps:  she cannot escape from her mother to be with him. Wolf loved Chopin’s music and writes a beautiful hommage à Chopin in the piano part.

In the exquisite Das Ständchen, we hear a young man first tuning his lute-piano and then serenading his sweetheart while an old man (the singer) watches and remembers when he too wooed a beloved woman, now dead. In mid-song, we hear the serenade through the veil of the old man’s memories; at the end, he sweetly, generously, returns both the music and the ongoing stream of love and life to the young man, bidding him, “Sing on.”

A young man softly bids his sweetheart awake that they might run away together in Und schläfst du, mein Mädchen. The lilting rhythms of the piano part, filled with folkloric perfect fifth intervals, speaks volumes about the buoyancy of young love.

In 1814, the 65-year-old Goethe discovered the poetry of the 14th-century Persian genius Hafiz and met the 20-year-old Marianne von Willemer, a gifted poet herself; the two became Hatem (Goethe) and Suleika (Marianne) in Goethe’s West-East anthology of poems, which includes Komm Liebchen, komm. Here, the lover bids his beloved wind his turban around his head (surely this follows love-making). Abbas the Great of Iran (a 17th-century ruler), Alexander the Great, the emperor himself (Goethe wrote these poems during the last months of the Napoleonic imperium):  when the beloved gazes at him, Hatem feels every bit their equal. The crescendo to the final declaration, the passionate climax of the song, and the lengthy postlude in which rapture gives way once again to tenderness at the end:  it is all marvelous.

The lover who sees his beloved Auf dem grünen Balkon sings of mixed happiness and pain in love, the “yes” and “No” of the beloved’s gaze and gestures. We hear Wolf’s typical chain-of-thirds modulations, the strumming of a piano-guitar, and a beautifully graceful dance of love.

Wolf, who carefully dictated the order of the songs in his anthologies, chose “Geh’, Geliebter, geh’ jetzt!” to be the culmination of his Spanish Songbook. The impassioned poem, with its paradox of dawn light creating anguished darkness of soul, makes this the most dramatic expression of love in the entire anthology. The low pedal F-sharp in the bass throughout much of the refrain countermands the plea “Geh’ jetzt” by remaining fixed in place, as do the lovers, while the vocal line and right-hand melody (this in a piano part of near-orchestral richness) converge, diverge, and intertwine around one another in a contrapuntal mimicry of lovers’ meeting.

In Bei einer Trauung, Mörike mocks the loveless arranged marriages of the aristocracy with a grotesque wedding scene—the bride weeps, and the groom pulls faces—and Wolf devises witty grotesquerie to match. The lugubrious sustained pedal point at the start is simultaneously a funeral march bass, a church organist with a heavy foot on the pedal, and the miserable couple and their guests chained to one spot for the duration of the vows. In the right-hand part, Wolf repeats variants of the same three-note figure, each evocative of a short, sharp grimace, while certain dissonances refuse to resolve:  there is no harmonious resolution to this comically horrible “union.”

A seemingly desperate lover in Was soll der Zorn, mein Schatz asks his sweetheart why she is so angry at him and invites her to stab him through the heart with a knife, a sword, a dagger. Wolf punctuates the piano part with whip-lash figures on weak beats and fills the singer’s part with jagged leaps and writhing chromaticism:  surely this deliciously overdone melodrama will convince her to relent.

Wolf could do anger in music better than anyone. In Hoffartig seid Ihr, schönes Kind, a spurned suitor berates the “lovely girl” for her pride and lack of manners; in the rising octaves that sound repeatedly in the piano, we hear rising anger that finally explodes at the end.

A coquette whirls her way through key after key, taunt after taunt, all directed at her hapless male target in Sagt, seid Ihr es, feiner Herr; one can almost see her heels stamping and hear the castanets clicking. And finally, in Verschling’ der Abgrund and Ich hab’ in Penna, a woman first heaps fire-and-brimstone imprecations on her ex-lover’s ad then boasts of her multiple lovers in this, that, and the other town. Wolf had learned from Schumann how to make the piano postludes of songs maximal; emotions no longer constrained by language spill over into especially intense manifestations in the instrumental ending. Here, no one could mistake the compound of glee, triumph, and virtuosic one-upsmanship in the postlude —“so there” indeed.

Wolf, like Mozart, loved military march music and incorporated its signifiers into a number of his songs. Ihr junge Leute begins with a military tattoo, followed by a young woman’s plea to all soldiers to watch out for her beloved, whom she fancies is too delicate for war (he might catch a cold and die). As she worries about him, the unclouded march music from the beginning becomes more and more chromatic before returning to the ever-more-distant march music at the end.

Es blasen die blauen Husaren is darker matter:  the first of Wolf’s “march” songs (but it is not in the 4/4 meter of most marches) and one of his early settings of Heinrich Heine, a favorite poet of Schumann’s and hence a model for Wolf in his youth. In the poem that precedes this one and is paired with it (“On your snow-white shoulders”), the poet lying in his mistress’s arms hears the bugles announce the arrival of the hussar regiment, and realizes that she will leave him the next day for erotic conquests among the soldiers. In this song, the hussars ride away, to military tattoos in the piano, and the poet returns to her with the conventional suitor’s bouquet of roses. The fanfares die away, and the two final loud chords tell either of anger at her perfidy or triumph at their departure—or both.

Another young woman laments her soldier-lover’s departure in Sie blasen zum Abmarsch, and we hear the military fanfares through the filter of the sorrowful woman’s perceptions. The grief-stricken withdrawal into interiority is attended by some of Wolf’s more complex chromaticism, ending with the dying-away sound of the fanfare-figures.

For all the mystical beauty of so many of his poems, Eichendorff had a sense of humor:  in Der Soldat I, we meet a soldier of the “Love ‘em and leave ‘em variety.” As he clip-clops along, he confides that neither his horse nor his sweetheart’s dwelling nor his sweetheart herself are particularly beautiful, but they suit him—unless she speaks of wooing. We hear him depart in the postlude. The soldier of Der Soldat II is riding away with his sweetheart as Death pursues them; the song veers in deliberate wildness between passages of secretive hush and pounding emphases.

How appropriate to end with Tretet ein, hoher Krieger! Here, a warrior is bidden by the sweetheart to whom he is enslaved to lay aside his military pomp and convert all his soldier’s trappings into peacetime use in the fields. Pride in his warrior’s accomplishments resounds in the march-like music, and her passion for him is evident in the rousing conclusion. 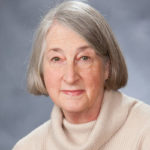 The musicologist Susan Youens is widely regarded as one of the world’s foremost authorities on German song, and the music of Franz Schubert and Hugo Wolf. She is one of very few people in the United States who have won four fellowships from the National Endowment for the Humanities, as well as fellowships from the National Humanities Center, the Guggenheim Foundation, and the Institute for Advanced Study at Princeton. She is the author of eight books. 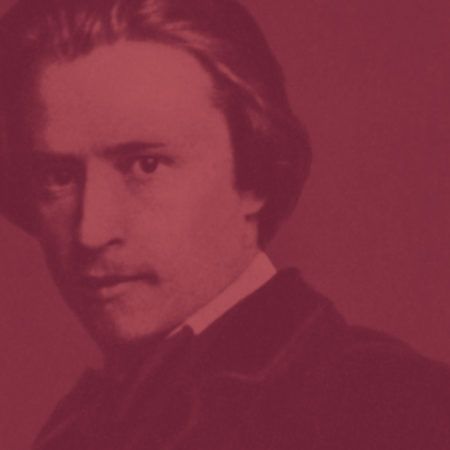 The Lieder of Hugo Wolf 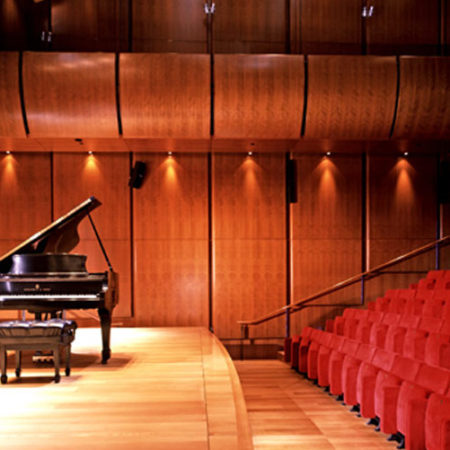