1. My Days Have Been So Wondrous Free

My days have been so wondrous free,
the little birds that fly
with careless ease from tree
to tree were but as blest as I.

I will lift up my eyes
To the hills from whence comes my help.
I will lift up my voice to the Lord
Singing Lauda, Laude.
For the Lord is my shade,
Is the shade up on my right hand,
And the sun shall not smite me by day
Nor the moon by night.

3. Songs My Mother Taught Me

Songs my mother taught me in the days long vanished,
Seldom from her eyelids were the tear drops banished.
Now I teach my children each melodious measure;
Often tears are flowing from my memory’s treasure.

4. A Time For Farewell

I can see a distant light,
hear the music all surrounding
that shatters the silence
so heavy to bear
lifts my soul into the night
fills my heart with love abounding
and brings me peace we all surely will share.

Tho it’s time for farewell
the time for the parting
whatever the dawn may bring you
will be part of my heart
each living moment, each summer
each autumn, each winter, each spring.

There’ll be a part of my heart fill’d with the mem’ry of summer
each autumn, each winter, each spring.

5. Shenandoah
Traditional
Arranged by Stephen White (b. 1943)
German Translation by Susan Perkins
Watch and listen to a recording of this song here.

Listen to the recording here.

Smooth it slides upon its travel,
Here a wimple, there a gleam –
O the clean gravel!
O the smooth stream!

Sailing blossoms, silver fishes,
Paven pools as clear as air –
How a child wishes
To live down there.

Smooth it slides upon its travel,
Here a wimple, there a gleam –
O the clean gravel!
O the smooth stream!

Whenever Richard Cory went down town,
We people on the pavement looked at him:
He was a gentleman from sole to crown,
Clean favored and imperially slim.

And he was rich, yes richer than a king,
And admirably schooled in every grace:
In fine, we thought that he was everything
To make us wish we were in his place.

Miniver Cheevy, child of scorn,
Grew lean when he assailed the seasons;
He wept that he was ever born,
And he had reasons.

Miniver loved the days of old
When swords were bright and steeds were prancing;
The vision of a warrior bold
Would set him dancing.

Miniver sighed for what was not,
And dreamed, and rested from his labors;
He dreamed of Thebes and Camelot,
And Priam’s neighbors.

Miniver mourned the ripe renown
That made so many a name so fragrant;
He mourned Romance, now on the town,
And Art, a vagrant.

Miniver loved the Medici,
Albeit he had never seen one;
He would have sinned incessantly
Could he have been one.

Miniver cursed the commonplace
And eyed a khaki suit with loathing;
He missed the mediaeval grace
Of iron clothing.

Miniver Cheevy, born too late,
Scratched his head and kept on thinking:
Miniver coughed, and called it fate,
And kept on drinking.

16. Sugar in the Cane
from Blue Mountain Ballads
Music: Paul Bowles (1910-1999)
Text by Tennessee Williams (1911-1983)
For text and German translation, see “Sugar in the Cane” from I Hear America Singing (Salzburg 2001) Song Texts and Translations

In Flanders fields the poppies blow;
Between the crosses, row on row
That mark our place; and in the sky
the larks still bravely singing fly,
Scarce heard amidst the guns below

We are the dead. Short days ago
we lived, felt dawn,
saw sunset glow,
Loved and were loved, and now we lie
in Flanders fields…

Take up our quarrel with the foe!
To you from falling hands we throw,
We throw the torch. Be yours to hold it high
If ye break faith with us who die…
We shall not sleep though the poppies grow
In Flanders fields…
Auf Flanderns Feldern blüht der Mohn
Zwischen den Kreuzen, Reihe um Reihe,
Die unseren Platz markieren; und am Himmel
Fliegen die Lerchen noch immer tapfer singend
Unten zwischen den Kanonen kaum gehört.

Walking lepers followed rank on rank,
Lurching bravos from the ditches dank
Drabs from the alleyways, drug fiends pale
Minds still passion ridden, soul flowers frail:
Vermin eaten saints with moldy breath,
Unwashed legions with the ways of Death
(Are you washed in the blood of the Lamb?)

Ev’ry slum had sent its half a score
The round world over (Booth had groaned for more).
Ev’ry banner that the wide world flies
Bloomed with glory and transcendent dyes,
Big voiced lasses made their banjoes bang,
Tranced, fanatical they shrieked and sang;
“Are you washed in the blood of the Lamb?”

Hallelujah! It was queer to see
Bull necked convicts with that land make free.
Loons with trumpets blown a blare, blare, blare,
On, on, upward thro’ the golden air!
(Are you washed in the blood of the Lamb?)

Booth died blind and still by Faith he trod,
Eyes still dazzled by the ways of God!
Booth led boldly and he look’d the chief
Eagle countenance in sharp relief,
Beard a-flying, air of high command
Unabated in that holy land.

Jesus came from out the court house door,
Stretched his hands above the passing poor.
Booth saw not, but led his queer ones there
Round and round the mighty courthouse square.
Yet! in an instant all that blear review
Marched on spotless, clad in raiment new.

The lame were straightened, withered limbs uncurled,
And blind eyes opened on a new, sweet world.
Drabs and vixens in a flash made whole!
Gone was the weasel-head, the snout, the jowl
Sages and sibyls now, and athletes clean,
Rulers of empires and of forests green!
The hosts were sandall’d and their wings were fire!
(Are you washed in the blood of the Lamb?)

But their noise play’d havoc with the angel choir,
(Are you washed in the blood of the Lamb?)
Oh shout Salvation! It was good to see
Kings and Princes by the Lamb set free.
The banjos rattled and the tambourines
Jing-jing-jingl’d in the hands of Queens.

And when Booth halted by the curb for prayer
He saw his Master thro’ the flag fill’d air.
Christ came gently with a robe and crown
For Booth the soldier, while the throng knelt down.
He saw King Jesus; they were face to face,
And he knelt a-weeping in that holy place.
Are you washed in the blood of the Lamb?

Down on the Mississippi floating,
Long time I travel on the way.
All night the cottonwood a-toting,
Sing for my true love all the day.

Nelly was a lady.
Last night, she died.
Toll the bell for lovely Nell,
My dark Virginny bride.

When I saw my Nelly in the morning,
Smile till she opened up her eyes,
Seemed like the light of day a-dawning,
Just ‘fore the sun begin to rise.

Down in the meadow, ‘mong the clover,
Walk with my Nelly by my side;
Now all them happy days are over,
Farwell, my dark Virginny bride.

Nelly was a lady.
Last night, she died.
Toll the bell for lovely Nell,
My dark Virginny bride.

We’re sitting in the opera house;
We’re waiting for the curtain to arise
With wonders for our eyes;
We’re feeling pretty gay,
And well we may,
“O, Jimmy, look!” I say,
“The band is tuning up
And soon will start to play.”
We whistle and we hum,
Beat time with the drum.

We’re sitting in the opera house;
We’re waiting for the curtain to arise
With wonders for our eyes,
A feeling of expectancy,
A certain kind of ecstasy,
Expectancy and ecstasy…
Sh’s’s’s.

From the street a strain on my ear doth fall,
A tune as threadbare as that “old red shawl,”
It is tattered, it is torn,
It shows signs of being worn,
It’s the tune my Uncle hummed from early morn,
‘Twas a common little thing and kind ‘a sweet,
But ’twas sad and seemed to slow up both his feet;
I can see him shuffling down
To the barn or to the town,
A humming.
A. Sehr erfreulich 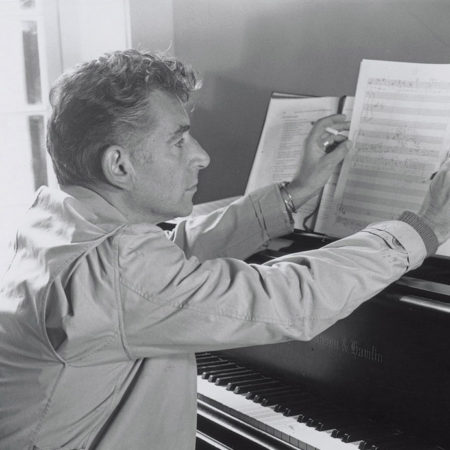